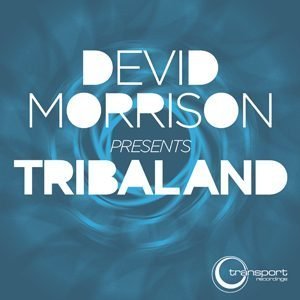 Transport Recordings is pleased to present the latest release from Rome-based DJ and producer Devid Morrison. A prolific producer and remixer, Morrison most recently collaborated with DJ MFR on the well-received “Wonderland” single and contributed top notch remixes to Fabio Tosti’s “Talamanca” and Julius Papp & Mr. V’s “Chicago Tribute”. With this brand new Tribaland EP, Devid Morrison branches out with four funky house tracks that aim straight for peak time and bigger rooms without losing the stylish and classy feel that Transport releases are known for. There’s “Too Much War” with its chunky, driving percussion and urgent synth blasts and vocal repetitions; “Hello” which adds a tech-house feel to its solid low end rhythm; the jazzier, funky “Don’t Stop” featuring a cool trombone line amidst the disco stomp; and the title track which utilizes a warm sub-bass, a suitably “tribal” rhythm line, and some rousing breakdowns and build-ups to maximum effect. It’s something a little different from Transport Recordings and, as always, something worth checking out. Primed and ready for spins.

Player error: Audio playlist has no tracks or doesn't exists.

There are no reviews yet.

Only logged in customers who have purchased this product may leave a review.